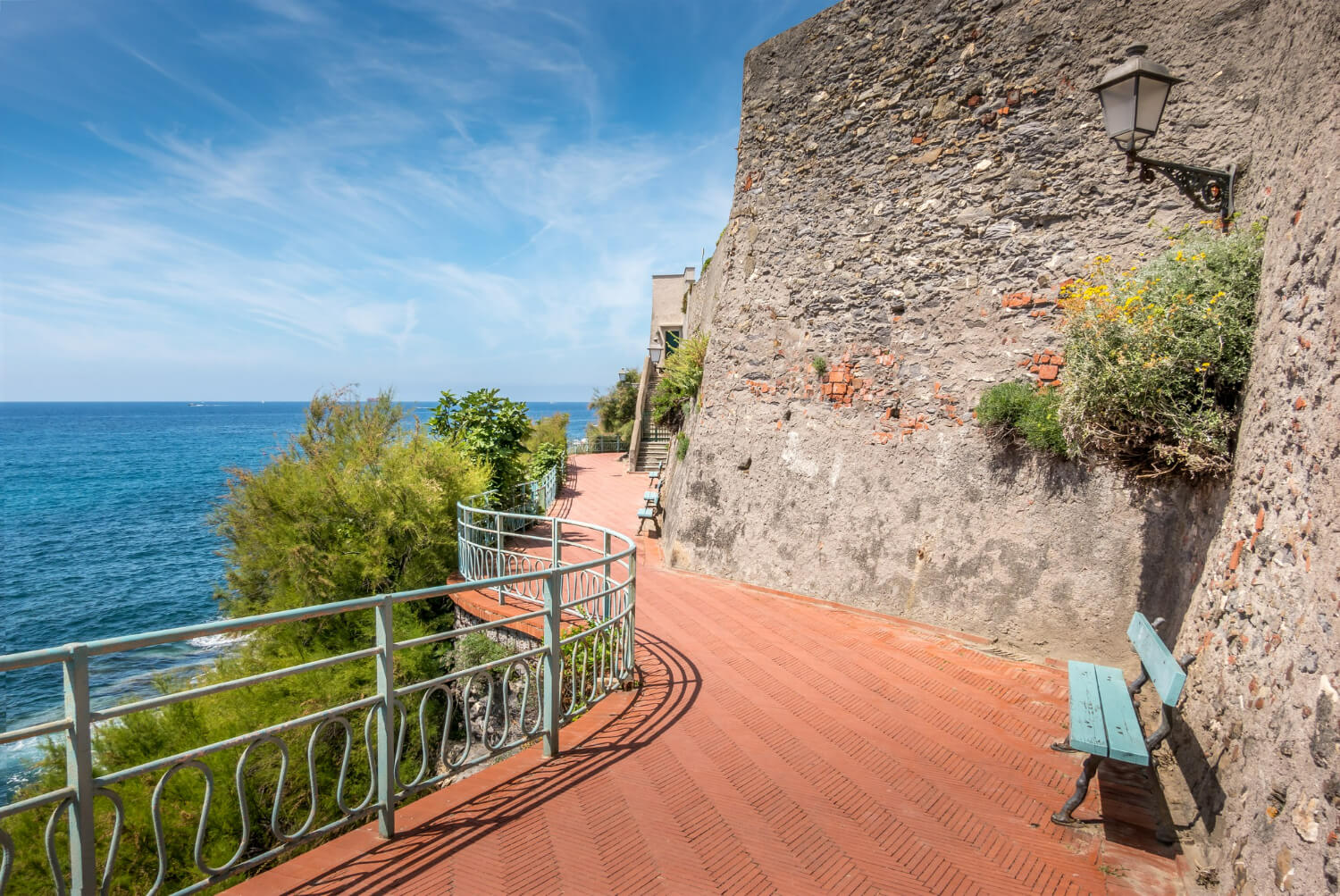 The promenade of Nervi (passeggiata, as locals name it) is a terrace overlooking the sea, cut into the rock. On one side the often sheer cliffs, spotted with agaves and succulents, and on the other side the floral variety of the villas in Nervi. Italy is home to some of the most colorful houses and Genoa is not an exception to this rule.

The Passeggiata was created from an ancient path that, starting around 1823, was used by the fishermen and farmers of the area to reach the fishing spots or the agricultural land bordering the sea.

Given the suggestive landscape, provided above all by the rocky and jagged coast of Nervi and the panorama of the promontory of Portofino, in 1862 the Marquis Gaetano Gropallo had the construction work started on a real promenade that would properly showcase the beauty of Nervi.

It was a long and tedious project that initially divided the promenade into two sections: the first section connected the small port of Nervi with the ancient Torre Gropallo, while the second section, built in 1872, connected Via Serra Gropallo with Capolungo.

In June 1945, the promenade, owned by the municipality of Genoa, was named after Anita Garibaldi, and today it is one of the main attractions of Genoese tourism.