All our friends know about our summer vacations in Croatia. This year marks our 8th stay in Cavtat, near Dubrovnik.

We discovered it exactly 10 years ago and the only times we didn’t spend our summer vacation there, was during our stays in New York City.

We went through Montenegro the first year we traveled to Croatia and discovered the Bay of Kotor, which is by far one of the best places we ever visited.

In this fjord, you’ll find various small towns, one of which is Risan.

We ignored it for a while, just passing through fast on our way back home, but, 6 years ago, we had a lot of time to ‘kill’ and wanted to see more than just the Bay of Kotor.

So we remembered we noticed a sign for some Roman Mosaics, the oldest architectural monument in Montenegro.

Since we are both crazy about history and old stuff, we decided to stop for few minutes and see the mosaics. 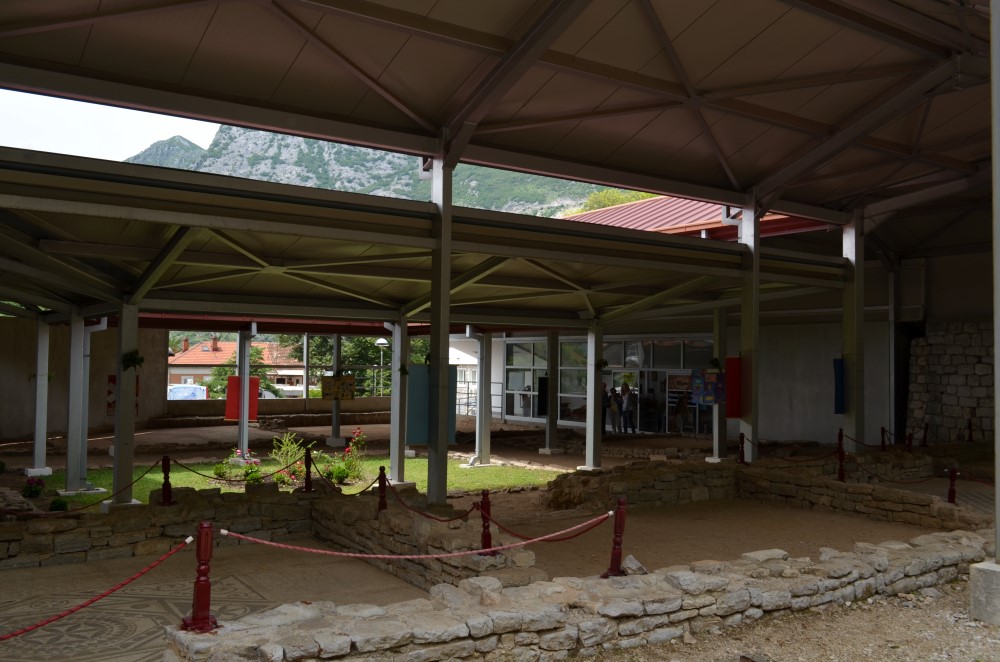 Risan dates back to the Roman Empire, about 1th century AD, known back then under it’s Latin name Rhison. Rhison was a municipium, which meant its citizens had the same rights as those in Rome, one of the most important being the right to vote. 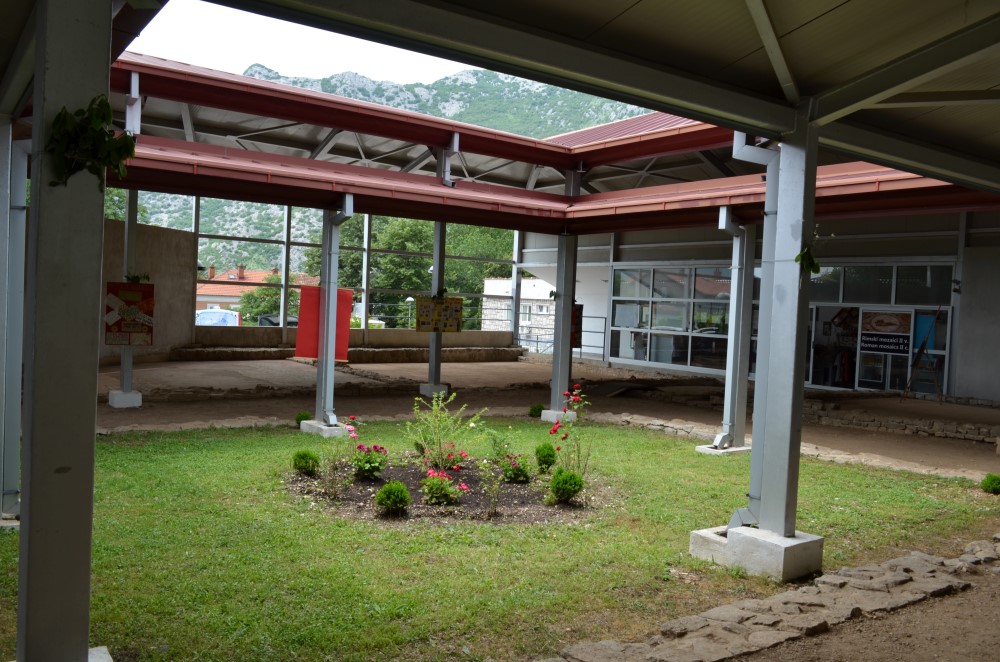 The Roman villa in Risan is believed to have been built back then and now we have only some remnants. 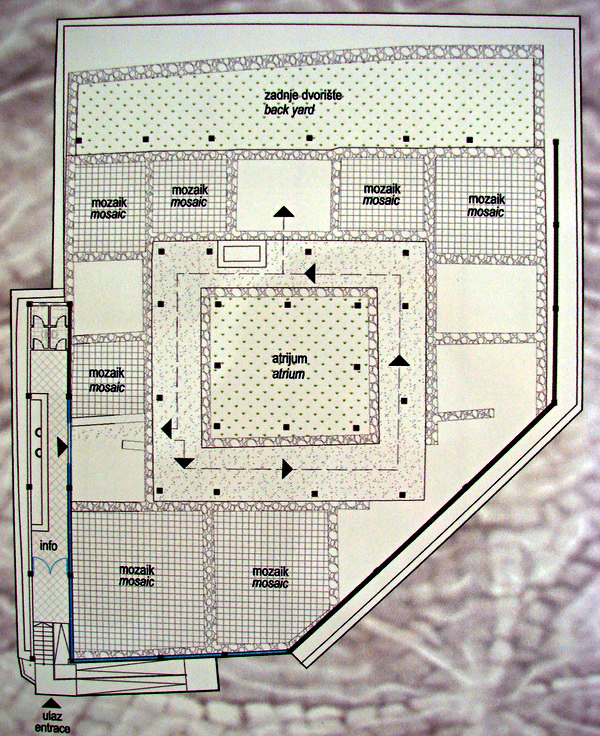 This is the floor plan, very simple and straightforward. (Source)

We expected to get into some deserted area, god knows where, but the Mosaics are right in the center, under a modern construction, meant to protect them.

We entered some sort of a giftshop, where a nice lady sold us tickets for about an Euro/person. Very cheap, compared to other similar attractions.

The mosaics are the most important part in this complex, being mentioned for the first time in 1820 by Viala de Sommier, a member of the French Army, in his documents Les Mosaiques Romaines.

The Roman Mosaics in Risan, Montenegro, were then discovered by the Director of the Museum of Cetinje, DušanVuksan, in 1930.

The complex covers 790m², with 5 rooms decorated with mosaics. 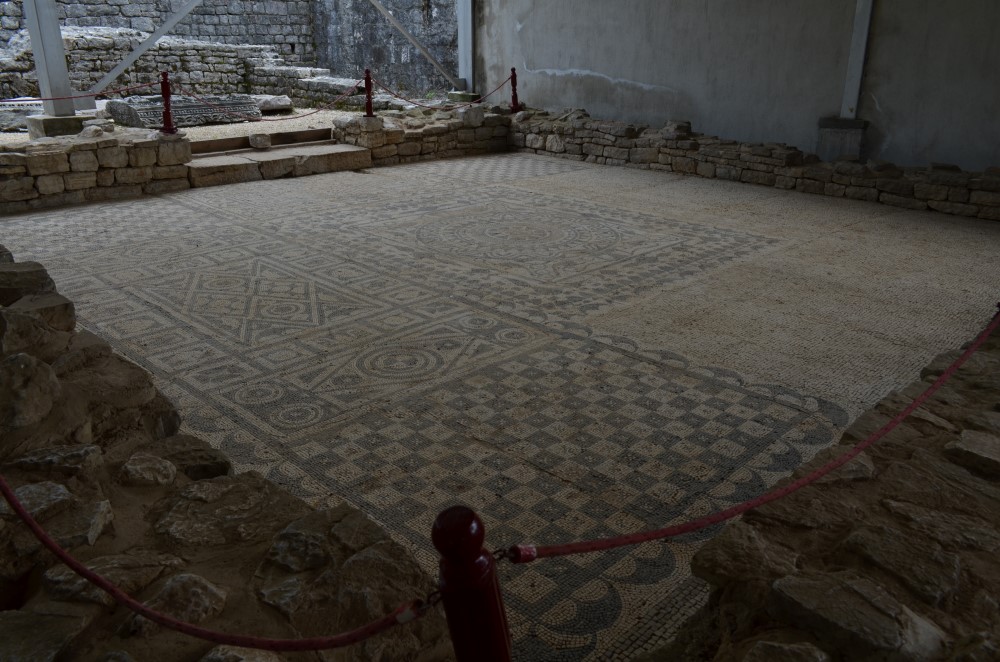 They were fully restored in 1959 and, from the pictures, you’ll see the difference: the bigger ‘stones’ are the new ones, while the old mosaics had smaller pieces. 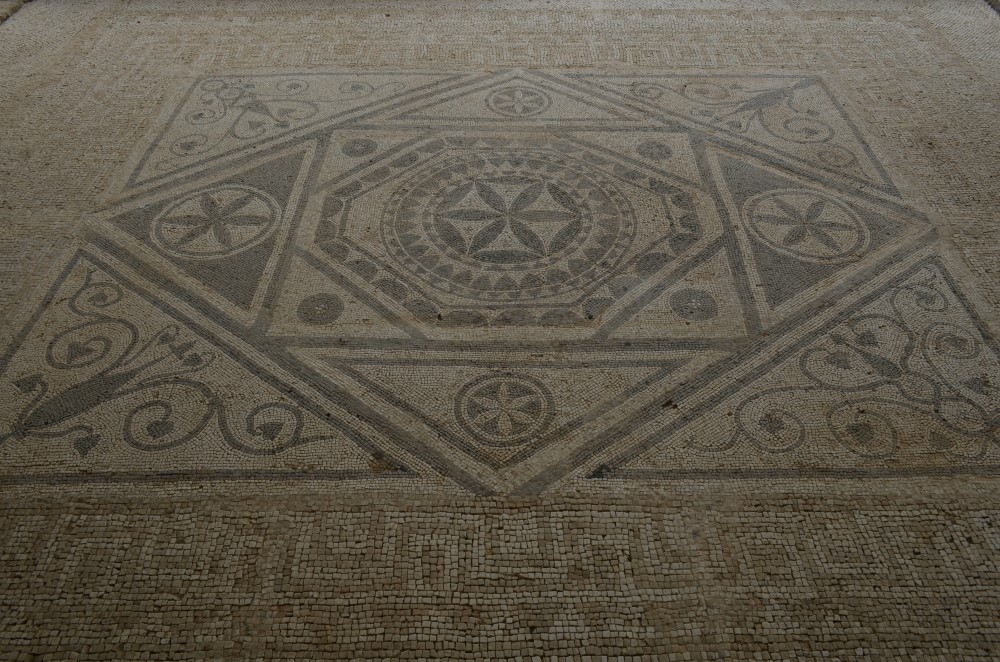 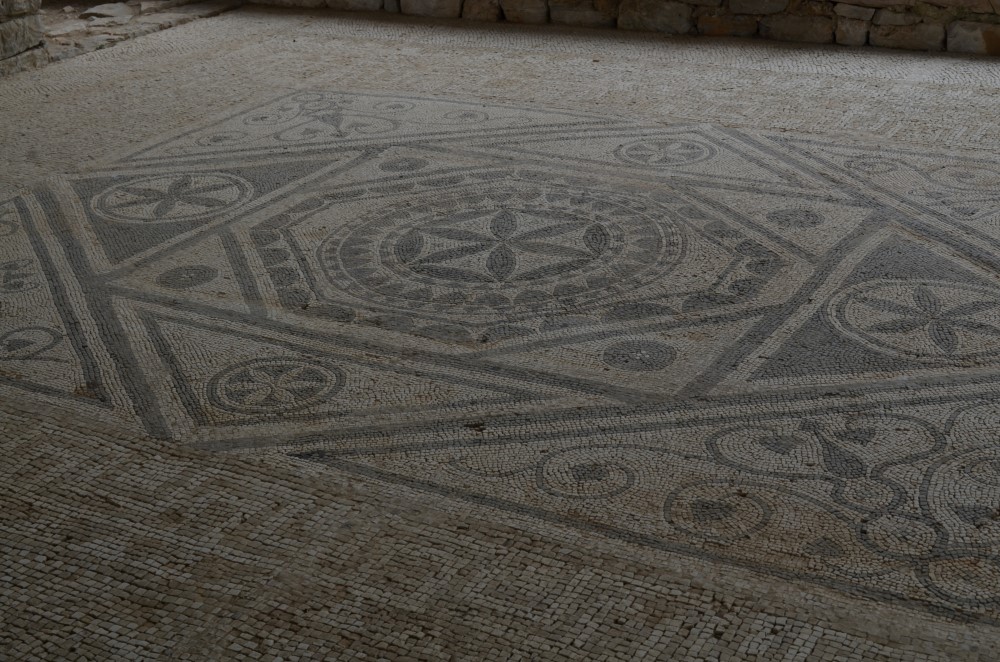 The Roman villa layout was that of a sun, a pretty used motif back then. An interior garden (the grassy area in the above pictures) and the other rooms around it as sun rays. 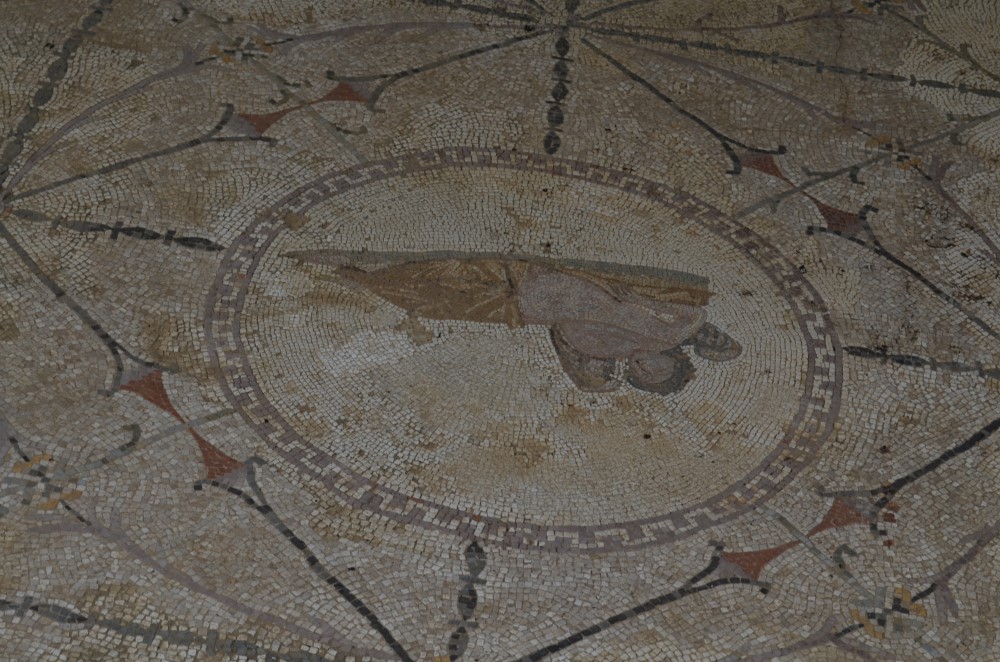 One of the most famous mosaics is that of Hypnos (the God of Sleep in ancient Greek) or, Somnus, as it’s known in the Roman mythology.

It appears in what seems to have been the bedroom, a huge one even for today.

Each of the 5 rooms has its own mosaic, with arrows and vines, all usual motifs in that particular age. 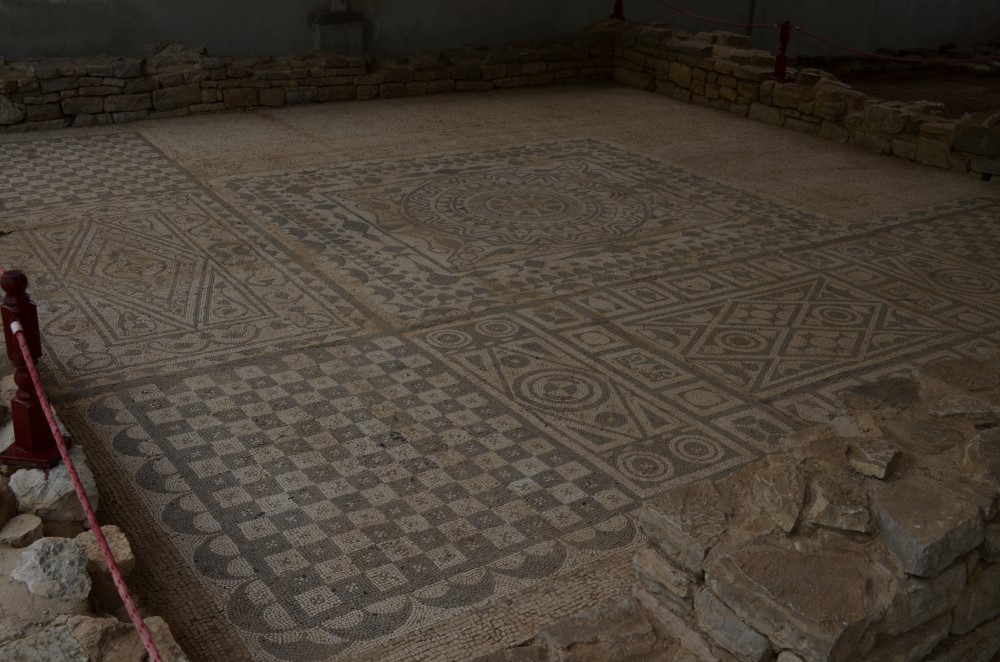 As we exit the villa area, carefully stepping outside of the mosaics, so that we don’t ruin them, we can see remaining columns and beams, carefully sculpted. 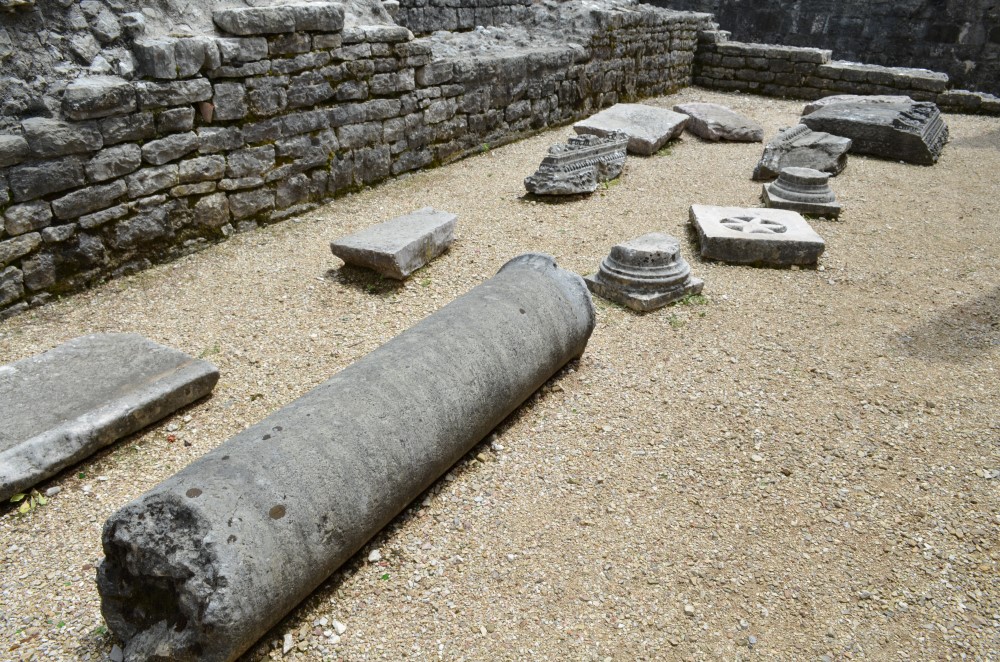 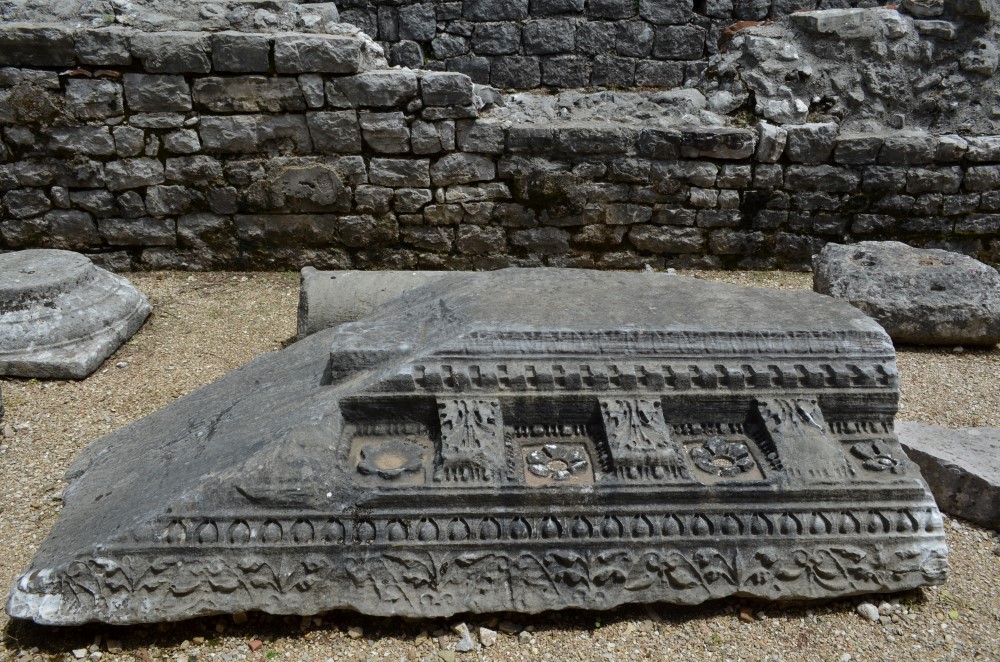 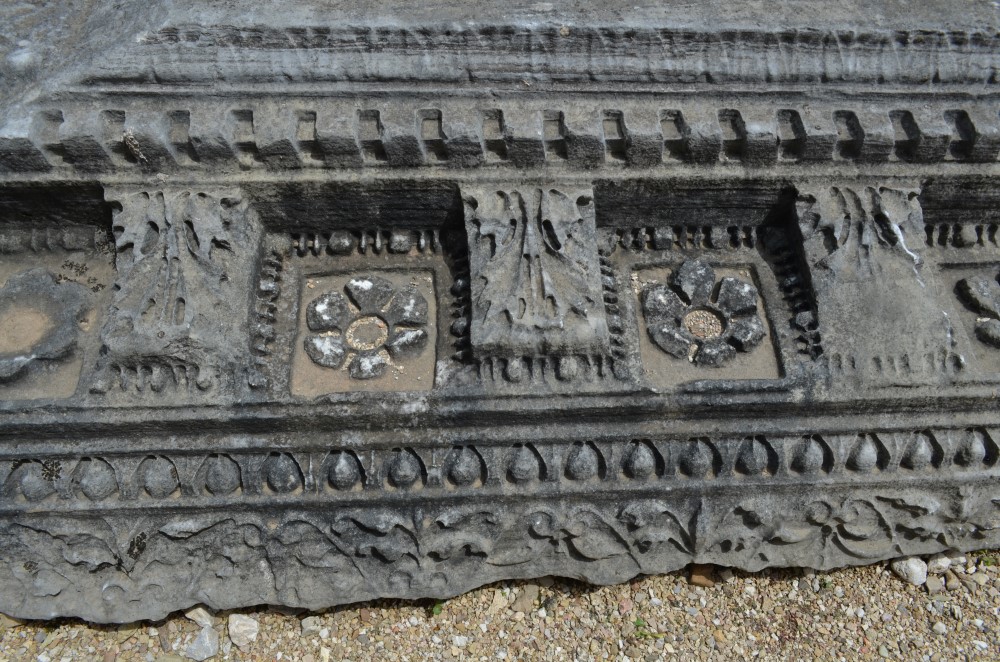 The Roman Mosaics in Risan are a beautiful and non-expensive tourist attraction worth visiting. We recommend you choose the guided tour, which lasts for few minutes, but it gives you more insight into the history of this place. 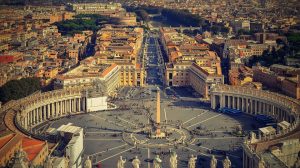 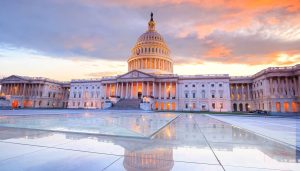 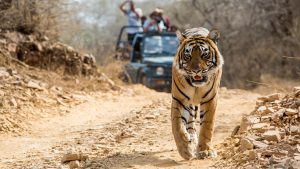